YPG/PKK replaces flag with new one in Syria 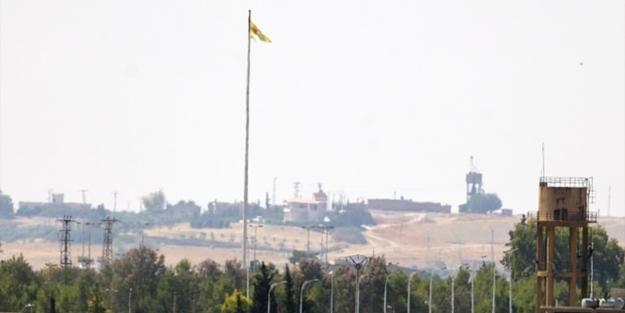 YPG/PKK terror group has replaced its flag that it hanged in the northern Syrian town of Tal Abyad with a new one.

The replacement follows Turkey's pressures on the terror group. Turkish President Recep Tayyip Erdogan on Saturday stressed that Turkey will clear off terrorist organizations with the establishment of a safe zone east of Euphrates River.

The agreement also envisaged setting up necessary security measures to address Turkey's security concerns, including clearing the zone of the terrorist YPG/PKK, a group the U.S. has sometimes been allied with.

Turkey has accused the U.S. of dragging its feet and having a different concept for the safe zone.

Erdogan on Wednesday said Turkey will initiate its own plans after two weeks if no results come from Turkey-U.S. safe zone deal.