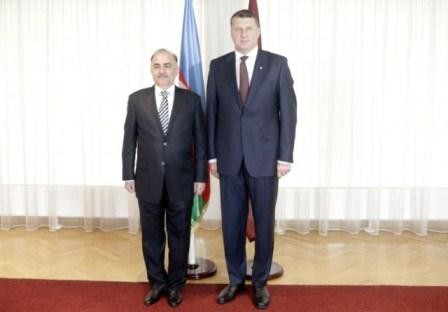 Mr Vējonis also touched upon the bilateral relations. He expressed Latvia`s interest in strengthening cooperation with Azerbaijan in all areas. The President recalled his visits to Baku in the capacity of the Minister of Environment and Minister of Defence. The Latvian President also expressed his intention to visit Azerbaijan in 2017. The Azerbaijani-Latvian business forum is expected to be held as part of the visit.

The Ambassador emphasized that Latvia will host the Days of Azerbaijani Culture in 2017. The sides underlined that expansion of bilateral ties in the transport sector is very important for economic relations between the two countries.