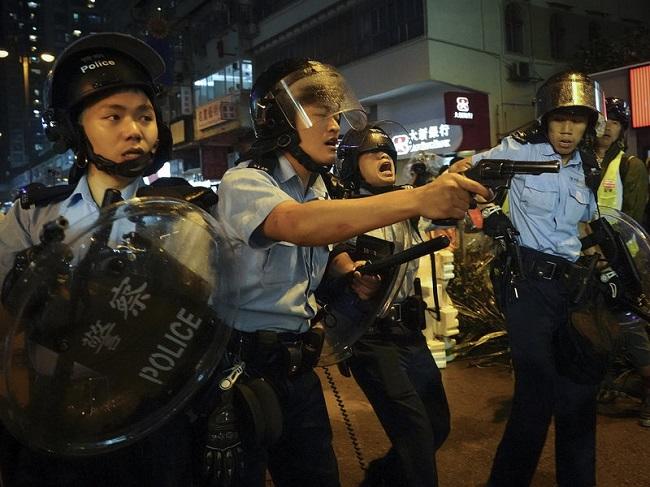 Hong Kong anti-government protesters paralyzed parts of the Asian financial hub for a third day, with some transport links, schools and many businesses closing after an escalation of violence.

Around 1,000 protesters blocked roads in the heart of the city’s Central business district during the lunchtime rush hour. Wearing now-banned face masks and dressed in office wear, they marched and hurled bricks onto roads lined with some of the world’s most expensive real estate and luxury flagship stores.

Scores of riot police tried to disperse the crowds, grappling some people to the ground and beating others with batons near the city’s stock exchange.

Protesters and police had battled through the night at university campuses only hours after a senior police officer said on Tuesday the Chinese-ruled city had been pushed to the “brink of a total breakdown”. Many campuses remained tense.