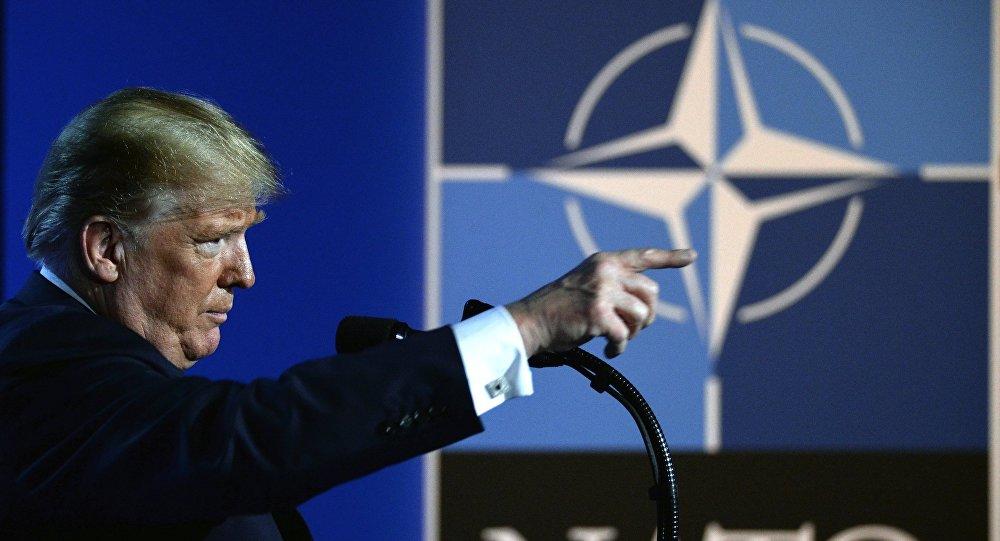 U.S. President Donald Trump will travel to the United Kingdom next month to participate in a gathering of NATO leaders, the White House confirmed Friday.

The announcement was made one day after Trump met with NATO Secretary-General Jens Stoltenberg at the White House.

Trump and first lady Melania Trump will depart one day before the Dec. 3-4 summit begins, and will leave the U.K. as it closes.

"President Trump looks forward to meeting with the other NATO Heads of State and government to review the Alliance’s unprecedented progress on burden-sharing, including adding more than $100 billion in new defense spending since 2016," Grisham said in a statement.

"The President will also emphasize the need for the NATO Alliance to ensure its readiness for the threats of tomorrow, including those emanating from cyberspace, those affecting our critical infrastructure and telecommunications networks, and those posed by terrorism," she added.

Trump has been a vociferous critic of the transatlantic alliance, repeatedly and loudly calling on member states to increase their contributions.