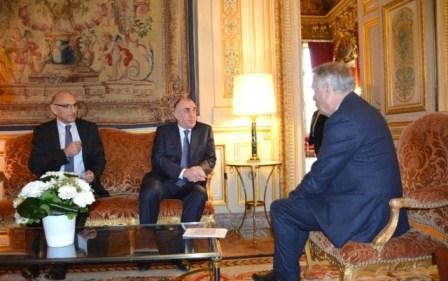 The ministers noted the importance of respecting ceasefire and restoring negotiations in terms of ensuring a political resolution of the conflict.

Minister Mammadyarov welcomed France`s readiness to organize the next meeting of the Azerbaijani and Armenian presidents as agreed in Vienna.

The two also discussed issues on the agenda of Azerbaijan-France relations.

The French FM accepted his Azerbaijani counterpart`s invitation to pay an official visit to Baku.