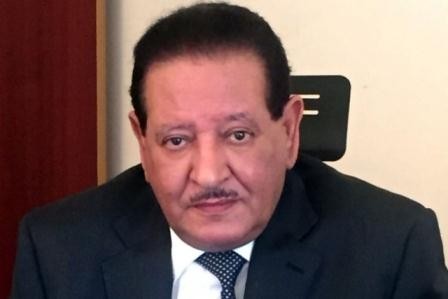 Interview with Ambassador of the State of Qatar to Azerbaijan Sayar bin Abdurrahman al Maawdah.

Question: Can we say that bilateral relations entered a new stage following the visit of Emir of the State of Qatar to Azerbaijan on March 8-9?


Answer: Diplomatic relations between the Republic of Azerbaijan and the State of Qatar was established on September 14, 1994. These relations have developed significantly especially in the political and diplomatic spheres since then. The visit of Emir of the State of Qatar, His Highness Sheikh Hamad bin Khalifa Al Thani to Azerbaijan really gave a strong impetus to strengthening economic and investment relations between the two countries. A number of agreements on strengthening the bilateral relations were signed during this visit.


Question: How do you asses the Qatar-Azerbaijan cooperation within international organizations?


Answer: Qatar was one of the countries to officially recognize the independence of Azerbaijan. The two countries have close cooperation within various international organizations, including the UN and OIC. The State of Qatar recognizes Azerbaijan's territorial integrity and sovereignty, and supports the position of Azerbaijan on the Nagorno-Karabakh conflict at various international levels. Qatar urges the UN Security Council and other international organizations to intensify efforts towards a fair solution to the Nagorno-Karabakh conflict within Azerbaijan’s territorial integrity and sovereignty and to fulfill their obligations for Resolutions 822, 853, 874 and 884 to be fulfilled. Only then stability and security can be achieved in the strategically important South Caucasus region.


Question: What’s your opinion on the recent escalation along the line of contact between Armenian and Azerbaijani troops?


Answer: Qatar regrets the repeated renewal of hostilities in the territory of Azerbaijan, because in any case, the beginning of a new war will lead to great human and material losses. Therefore, Qatar supports a political solution to all conflicts, including the Nagorno-Karabakh conflict in line with the resolutions of the UN Security Council and other international organizations. Taking this opportunity, I want to express my deepest condolences to the relatives of those who sacrificed their lives for the sovereignty and territorial integrity of Azerbaijan.


Question: The international community considers the Nagorno-Karabakh frozen. Furthermore, the Minsk Group co-chairs’ attempts have proved ineffective. As a diplomat, what do you think is the reason behind this situation still continuing?


Answer: In accordance with the international community’s decisions, Azerbaijan has long demonstrated a principal and stable position that Armenian armed forces must withdraw from all the occupied territories without war. During the long negotiations that produced no results, Azerbaijan has been pursuing a rational policy for the conflict to be settled by peaceful means and in accordance with the demands of the Azerbaijani people. Everyone knows that the Nagorno-Karabakh conflict is considered to be one of the local ethnic conflicts which emerged following the end of the “cold war” under the influence of regional and international powers and which dated to the same time as a number of regional changes. So that’s the reason preventing a fair solution to this conflict.