Talks with Russia on Syria warning but more needed 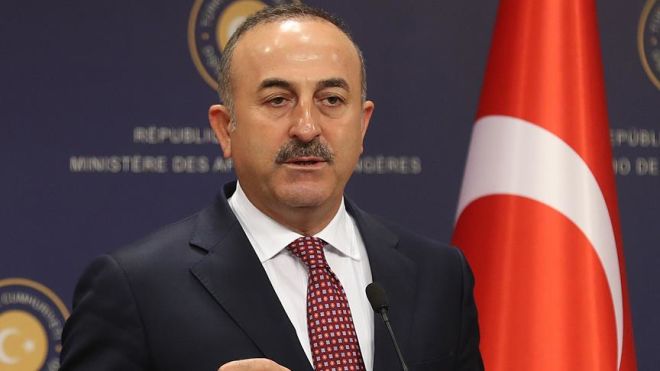 Turkish Foreign Minister Mevlut Cavusoglu said on Thursday there was some rapprochement with Russia in talks about Syria’s Idlib region, where Ankara has threatened to mount an offensive, but added that discussions were not at a desired level yet.

Axar.az reports President Tayyip Erdogan said on Wednesday that a Turkish military operation in Idlib to drive back a Russian-led Syrian government offensive that has displaced nearly a million people was a “matter of time” after talks with Moscow failed to reach a solution.

Speaking to broadcaster TRT Haber, Cavusoglu said Turkey and Russia would intensify their talks on Idlib in the coming days, adding that Erdogan and his Russian counterpart Vladimir Putin may discuss the issue as well.