"Karabakh conflict will not be resolved by military means" 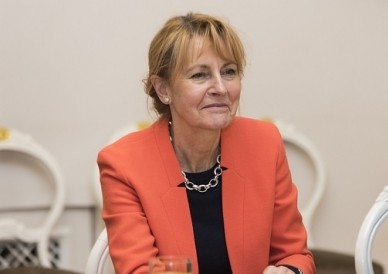 The Nagorno-Karabakh conflict will not be resolved by military means.

Sputnik-Armenia reports that the Vice-Speaker of the Bundestag Edelgard Bulmahn said after a meeting with his Armenian counterpart Eduard Sharmazanov in Yerevan.

"Germany supports efforts of the OSCE Minsk Group, we believe that this conflict can not be and will not be solved by military means" - E. Bulmahn said.

She called to comply with the Vienna agreement, noting that the introduction of a mechanism for investigating incidents will be a good condition to prevent aggravation of the situation.

"We hope that an agreement on compliance with the ceasefire will be the basis for the resumption of talks, which will be based on the fundamental principles formulated by the OSCE Minsk Group", underlined Boulemane.

Vice-Speaker of the Bundestag noted that Germany, as the OSCE chairman, will make every effort to establish peace in the region.