Areas retaken by Azerbaijan are of great tactical importance 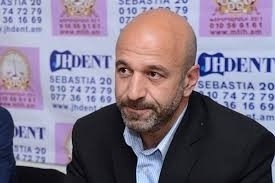 "From tactical point of view, Azerbaijanis can kill tens of our soldiers", Vardanov said.

“The 700-800ha area that’s being discussed is the neutral zone between the trenches.The area is thus important. One position is not of great strategic importance but is of immense tactical and operative importance, because the Azerbaijani side can now see observe our positions in the Talish village direction,” he stressed.