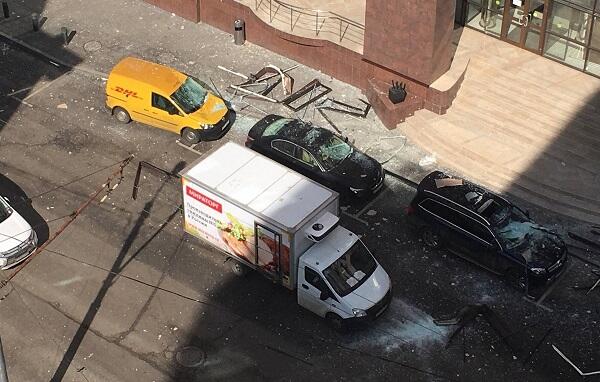 An explosion occurred at the Panorama business center in central Moscow.

"According to the report, the explosion took place in the boiler house. The fire in the area of 5 square meters was extinguished. As a result of the explosion, the windows were broken and the internal partitions were damaged, the statement said." - the report says.

Video was spread from the shopping center where the explosion took place.

It is clear from the video that the window frames on the 8th floor were completely broken and the cars parked on the street were damaged.