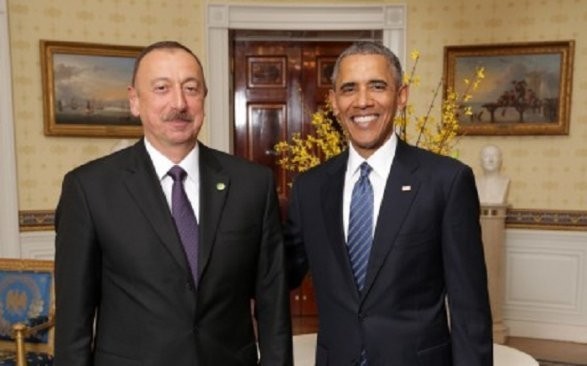 Barack Obama has sent a congratulatory letter to Azerbaijani President Ilham Aliyev on the occasion of 28 May – the Republic Day.

His Excellency Mr. Ilham Aliyev, President of the Republic of Azerbaijan

Azerbaijan has made great progress in the past quarter century, particularly as an energy leader supporting Europe’s energy security and diversification. We appreciate Azerbaijan’s cooperation on security, including counterterrorism efforts, and are proud to serve with Azerbaijan in NATO’s Resolute Support Mission in Afghanistan. We stand ready to assist Azerbaijan as it advances security, prosperity, and freedom of expression for all its citizens. We also will continue working with Azerbaijan toward the peaceful resolution of the Nagorno-Karabakh conflict so that Azerbaijan and its neighbors may enjoy peace and stability.

The peoples of Azerbaijan and the United States enjoy strong ties, and we look forward to further strengthening our cultural, political, and economic ties. Please accept my best wishes as you celebrate Republic Day.

President of the United States of America