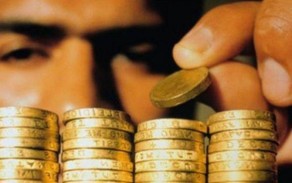 The public debt of Armenia continues to grow and set new records.

According to the information released by the Ministry of Finance of Armenia, the national debt of the country has reached 5 billion 252 million 200 thousand USD on May 2016. The newspaper notes that in the past month - during April - this figure up by 56 million 100 thousand dollars.

"Noteworthy that most of the growth of public debt in the last month falls on the external debt, which has grown to 53 million 400 thousand USD. This, in turn, means that the Armenian economy continues to exist at the expense of loans from international organizations and financial institutions", the edition writes.