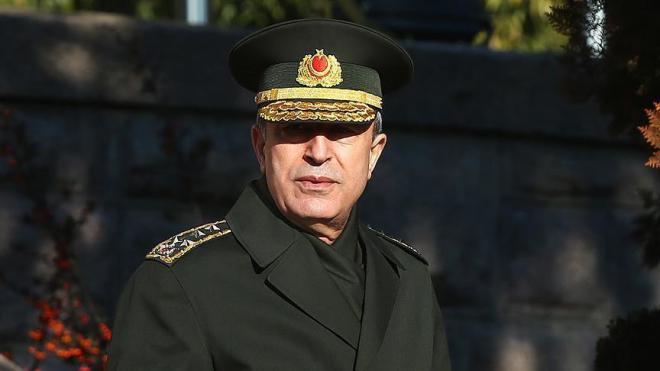 Axar.az reports citing foreign media that Turkish security forces have so far “neutralized” a total of 1,458 terrorists in cross-border operations since the beginning of this year, defense minister said on Monday.

“As of Jan. 1, a total of 1,458 terrorists have been neutralized as a result of the operations carried out within the framework of the fight against terrorism in northern Iraq and Syria,” Hulusi Akar said in the central Kayseri province.

“Turkish Armed Forces will resolutely continue its fight until the last terrorist is neutralized,” Akar added.

Turkish authorities often use the word "neutralize" to imply the terrorists in question surrendered or were killed or captured.