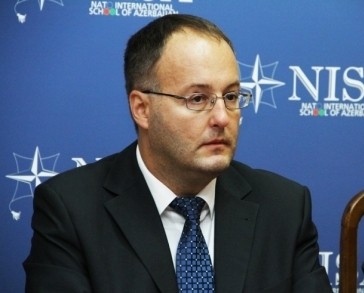 The ambassador said that his mission will end on 17 August, APA reports.

“After more than 4 years and a half I will end my diplomatic mission in Baku on August 17, 2016. On July 18, 2016, I will organize a farewell reception for Azerbaijani officials, diplomatic corps, cultural figures, businessmen and journalists,” he said.

He said that for the time being there is no information regarding his successor.

Ciobanu had begun his mission to Azerbaijan in 2011.