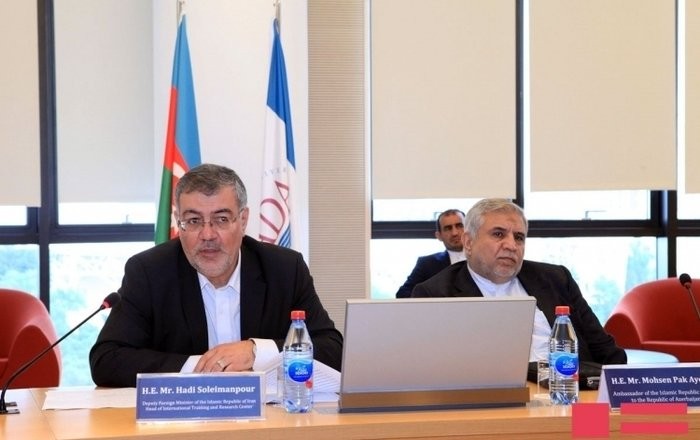 Iran and Azerbaijan can play an important role in the fight against radicalization and terrorism, said Iranian Deputy FM Hadi Soleimanpour.

He made the remarks while delivering a lecture on the priorities of Iran’s foreign policy at ADA University in Baku June 3.

The deputy FM noted that one of the main lines defined by Iran’s president is the fight against radicalization and terrorism, build mutual dialogue.

According to him, the international political environment is exposed to more polarization every day.

“More obvious example of this can be observed in the US election process. I think that this polarization will continue and affect our region, said Soleimanpour.

He said that the occurrence of similar cases in Europe also triggers concern.

“Europe is currently looking for ways to address the socio-political, economic and security issues. We are concerned over the re-occurrence of radicalization and populism,” Iran’s deputy FM stressed.

He went on to say that the divergence of opinions between the US and Russia on regional and global issues will gradually increase.

Soleimanpour urged the Middle East countries to cooperate by putting aside some accusations, noting that what’s the most important for the region is cooperation.