There is no third party in Karabakh conflict 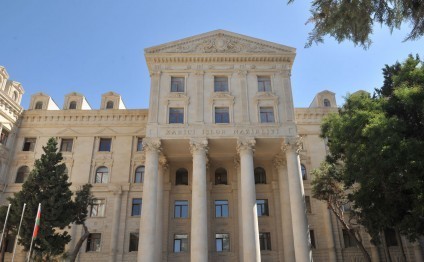 Only Armenia and Azerbaijan are the parties to the Armenian-Azerbaijani Nagorno-Karabakh conflict, Hikmat Hajiyev, spokesman for Azerbaijan's Foreign Ministry, said on June 8.

He was commenting on statements by officials of some countries to attract illegal regime established in Azerbaijan's occupied Nagorno-Karabakh region to the negotiating process.

"As noted in the OSCE documents, Azerbaijani and Armenian communities of the Nagorno-Karabakh region are the interested parties in the conflict," said Hajiyev, adding that they have equal rights.