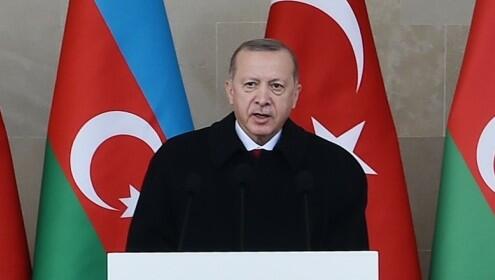 Iranian Ambassador to Ankara Mohammad Farazmand has been summoned to the Turkish Foreign Ministry.

Axar.az informs that the ambassador was warned about the baseless accusations against the Turkish president and the launch of a campaign of hatred against Turkey in Iran.

The ambassador was informed that the allegations were completely rejected by Turkey and that Iranian Foreign Minister Mohammad Javad Zarif was targeting Turkey via Twitter while there were diplomatic channels.

Iran also said that this attitude contradicts the close relations between the two countries.