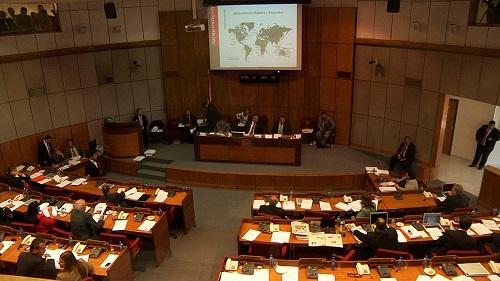 President of Paraguay Mario Abdo Benitez has asked all ministers to resign in order to reshuffle the government after protest rallies had erupted in the country, Information Technologies and Communication Minister Manuel Brunetti reported on Saturday.

"The president heard the citizens. He asked all ministers of his cabinet to submit to him resignation statements. The president will announce the rearrangement," the ABC Color newspaper quoted him as saying.

According to the official, the president should announce new nominations by the end of the day.

On Friday, an anti-government rally was held in the capital of Paraguay. The rally was not organized by any political party or organization, the information about it was spread via social networks. Participants accused the government of corruption, lack of medicines, and absence of effective measures against the pandemic and the economic crisis caused by it.

The rally resulted in clashes with one person killed and over 20 injured. On Saturday, the protests continued.