The building of the Armenian Defense Ministry was besieged 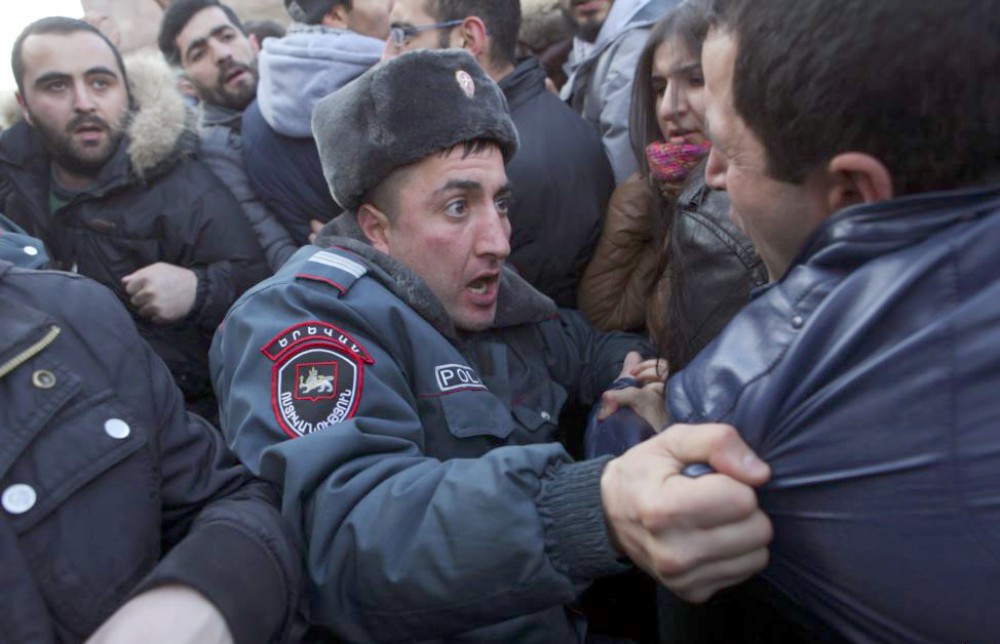 Relatives of Armenian servicemen missing in the Karabakh war have been blocking the building of the Armenian Defense Ministry for more than 12 hours.

Axar.az reports that, this was reported by the Armenian media.

"Since 11 o'clock in the morning, dozens of people have closed all entrances and exits to the building. We can't get out of here now. The police are not taking any action, "the statement said.

One of the protesters called on the missing parents to go live.

Police threatened to leave the area, threatening to use force.

After the news that the plane carrying the head of the Russian peacekeepers Rustam Muradov returned from Azerbaijan to Erebuni airport without "prisoners of war" (Azerbaijan recognizes them as terrorists - ed.), The parents gathered at the airport and returned to the building of the Defense Ministry.