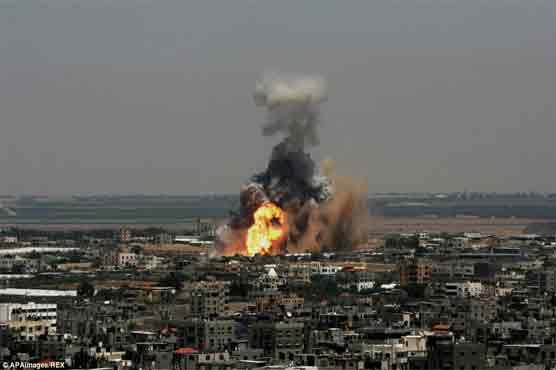 Israeli warplanes have carried out air raids at several locations after midnight on Friday in the Gaza Strip in response to a rocket fired from the besieged Palestinian enclave that hit southern Israel.

Axar.az reports citing foreign media that fighter jets and attack helicopters struck a “weapons manufacturing site, a weapon smuggling tunnel and a military post” operated by Hamas, the movement which governs Gaza, the Israeli military said in a statement on Friday.

“We will not tolerate any threat to Israeli civilians,” it added. A security source in Gaza told AFP news agency there were no casualties from the series of attacks after midnight.