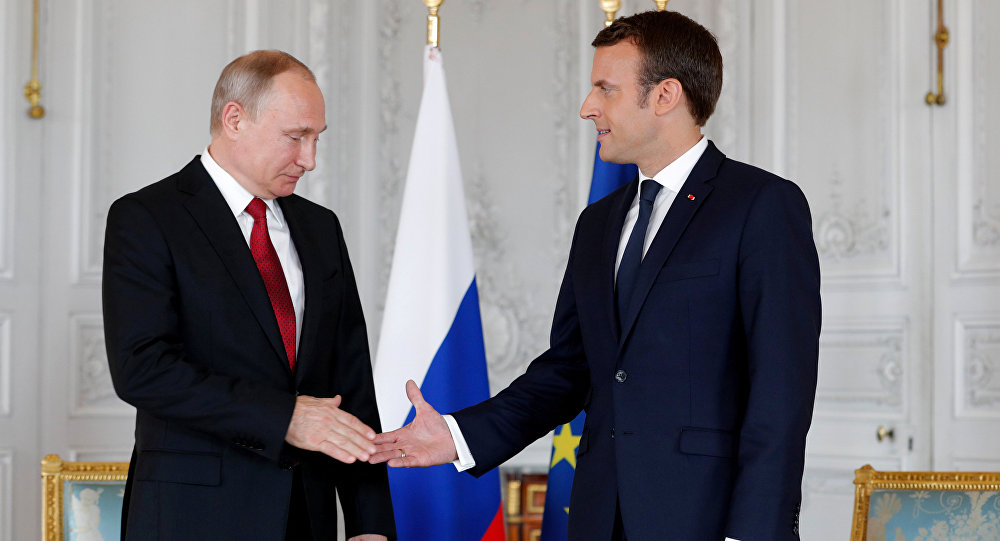 "The President of the French Republic will have talks with President Putin soon," it says.

Speaking about the talks with the Ukrainian president, the French president’s press service said that Macron "assured him of France’s adherence to preserving Ukraine’s sovereignty and also of that crucial importance that Paris attaches to forging bilateral ties in all the areas."

"After indicating the difficulties towards an agreement on Donbass and the existing risks of military escalation, the French head of state voiced his determination to help ensure that the Minsk agreements are observed in full and a lasting political solution to the conflict is achieved. President Macron and President Zelensky also exchanged views with German Chancellor Angela Merkel via video conferencing. All of them stated that the conclusions of the Paris summit of December 9, 2019 remain in effect and make it necessary that Russia alongside Ukraine make commitments to facilitate their implementation," the Elysee Palace said adding that it was the issue Macron was planning to bring up at his talks with Putin.