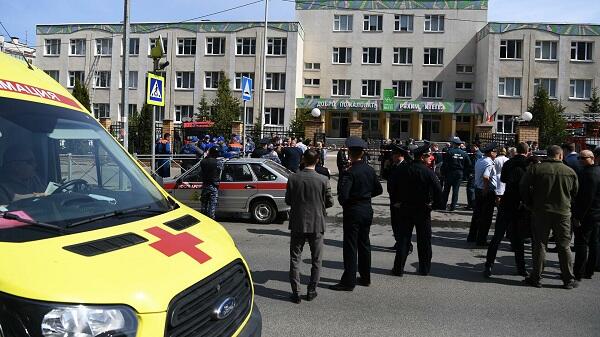 One of the teenagers opened fire on students at school No. 175 in Kazan, the capital of Tatarstan.

Axar.az reports citing Interfax that an explosion was heard on the school grounds after the shooting. A teenager who opened fire on students was arrested.

Some media outlets, including the Moskovskiy Komsomolets newspaper, reported that at least nine people were killed in the shooting.

It was determined that two people attacked the school in Kazan.

This information was spread by TASS citing its sources. According to the report, one of the teenagers who carried out the attack is still on the school grounds and he has taken several people hostage.

According to the latest information, one of the attackers was killed. The death toll rose to 11.