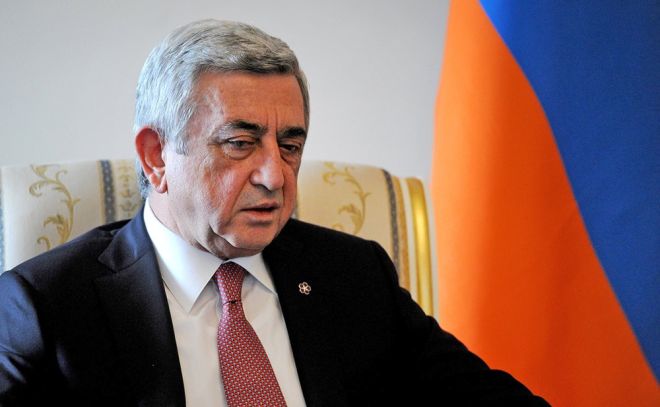 Former Armenian President Serzh Sargsyan has refused to run in the parliamentary elections.

Axar.az reports that this was stated by Sargsyan himself. He said that the bloc they created together with the Vatan Party will not have a name on the election list:

"Not being on the list does not mean not participating in the elections. Those who lead the list claim high positions, and I have already said that I will not be in office. I will help with tips. I think I graduated from public service."