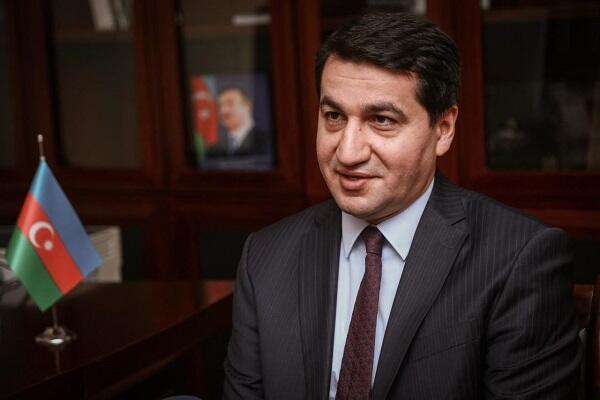 The initiative to build an art school named after Uzeyir Hajibeyli in Shusha as a gift from the chairman of the Nationalist Movement Party (MHP) Dovlet Bahchali was welcomed by Azerbaijan.

Axar.az reports that the statement came from Hikmet Hajiyev, Assistant to the President of the Republic of Azerbaijan, Head of the Foreign Policy Department of the Presidential Administration.

Hikmet Hajiyev noted that when President Ilham Aliyev received the Turkish Minister of National Education on May 27, he said that the groundbreaking ceremony of the school was included in the program as a gift offered by Turkey during the upcoming visit of President Recep Tayyip Erdogan to Shusha.

At the level of specialists, it was proposed to hold working discussions in order to adapt the architectural project of the art school building to the unique architectural style of Shusha.

The rejection of this benevolent initiative is by no means a matter of debate. It cannot be ruled out that the lack of a full report on the substance of the matter may lead to misunderstandings. We are confident that in the conditions of mutual understanding, technical and architectural issues will be resolved at the working level, and the construction of the Shusha Art School named after Uzeyir Hajibayli will begin soon," said the presidential aide.