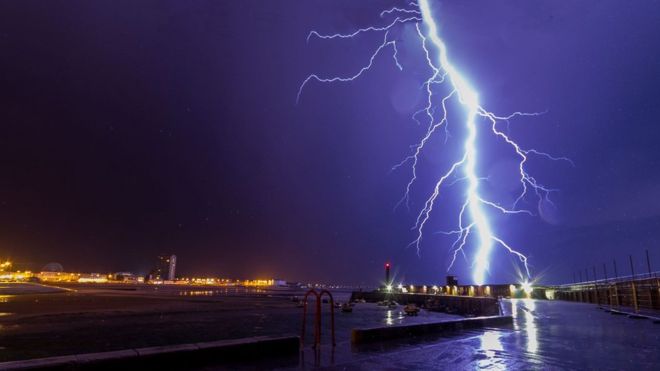 The lightning strikes hit India's West Bengal state, leaving 27 dead. Four passengers on a flight to Kolkata were hospitalised after the plane was caught in a storm as it was about to land.

Lightning strikes during the June-September annual monsoon are fairly common in India.

Officials said West Bengal was hit by thunderstorms late Monday, with lightning strikes in parts of the state.

"Many of the 27 killed on Monday evening... in the state were farmers and working in the fields," West Bengal disaster management minister Javed Ahmed Khan told AFP.