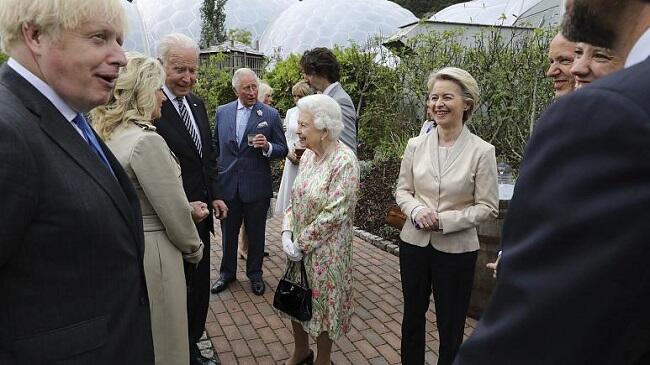 Queen Elizabeth II has hosted the Group of Seven leaders at an evening reception where Britain’s royals mingled with some of the world’s most powerful politicians.

Axar.az reports citing foreign media that the event, which was closed to most media, saw royals, world leaders and their spouses enjoying drinks at Cornwall’s Eden Project, an attraction that features the world’s largest indoor rainforest within giant domes.

Three generations of the monarchy attended the event, held on the first evening of a three-day summit in Cornwall, southwest England. Prince Charles and his wife Camilla were joined by Prince William and his wife Kate, who were taking part in G-7 events for the first time.

At one point during the session, the monarch drew laughter from her guests as she asked them: “Are you supposed to be looking as if you’re enjoying yourself?”

After being shown around the botanical garden earlier, the Queen was offered the chance to cut a cake with a ceremonial sword.