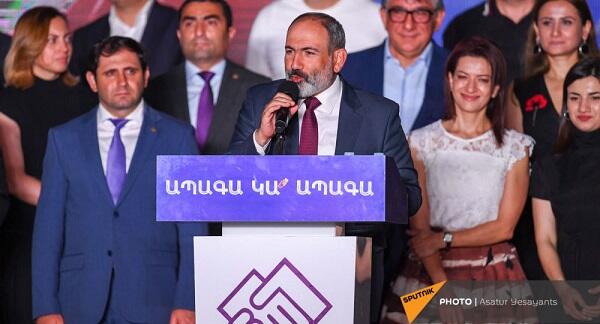 The political crisis in Armenia, which began on November 10, is over. You can return to normal work tomorrow.

Axar.az reports that the statement came from acting Armenian Prime Minister Nikol Pashinyan speaking at a rally with his supporters in Yerevan.

According to local and international observers, the elections met all standards and were legal.

"I call on all political forces to stop the struggle and unite to open a new political page," Pashinyan said.

It should be noted that although N. Pashinyan's rally started at 20:00, no Armenian media outlet broadcast live and did not immediately spread the news. Only two hours after the start of the rally, some media outlets published small statements.