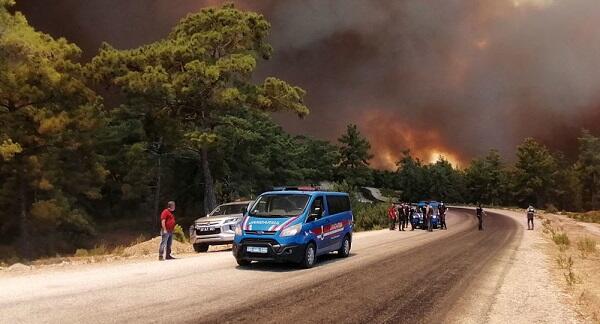 The evacuation of tourists from hotels has begun due to forest fires in the Turkish city of Marmaris.

Axar.az reports that the city authorities have announced the preventive evacuation of tourists and locals from hotels near the fire.

Turkish Minister of Agriculture and Forestry Bekir Pakdemirli said that 30 fire engines, 5 helicopters and 1 plane were involved in the fire.