"I believe that a letter will benefit both countries" 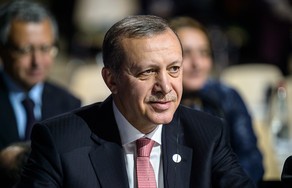 Turkish President Recep Tayyip Erdogan sent a letter to his Russian counterpart Vladimir Putin and expressed his regret for the incident when the Su-24 aircraft was shot down.

This was stated by the Turkish president during his speech in Ankara.

Turkish President said that he expressed his regret on the incident personally to Putin.

"I also reminded opportunities for regional cooperation on a wide range of issues. I believe that we recover from the current situation which is devastating for both countries and normalize our relations as soon as possible",he said.