Putin condemns the US and Turkish troops in Syria 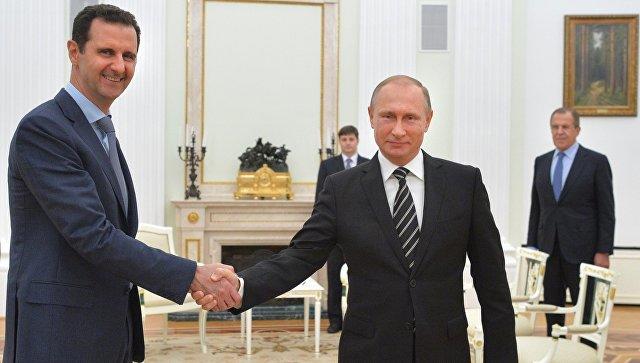 Russian President Vladimir Putin received Syrian leader Bashar al-Assad in Moscow for the first time since 2015 on Monday and criticised foreign forces that are in Syria without a UN mandate.

Axar.az reports citing foreign media that the Kremlin stated this in a rebuke of the US and Turkey.

The Monday night meeting was described as a long one by Syrian state TV, and it was followed by discussions with Syria’s foreign minister and Russia’s defence minister.

"The main problem, in my view, is that foreign armed forces remain in certain regions of the country without the approval of the United Nations and without your permission," Putin told Assad during their meeting, according to a Kremlin statement.