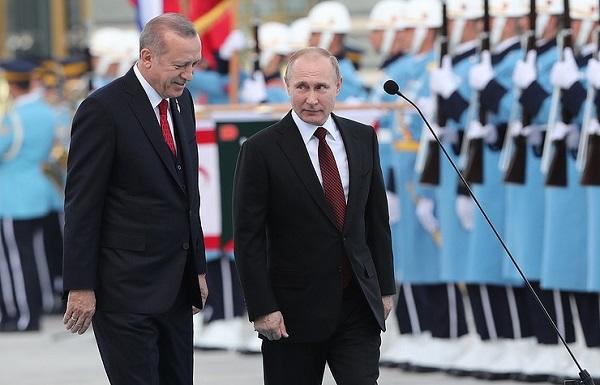 If Mr. Recep Tayyip Erdogan said that the establishment of a Turkish military base in Azerbaijan could be developed differently by the meetings between Azerbaijan and Turkey with Putin, it is possible to discuss this issue at the Sochi meeting.

Axar.az reports that Turkish military expert Hakan Kilic told Axar.az that the Turkish and Russian presidents are likely to discuss the establishment of a Turkish base in Azerbaijan during a meeting in Sochi.

The expert said he believed that this decision could be resolved between Azerbaijan and Turkey:

"This is a decision made by two countries, it does not apply to a third country."

According to the expert, we are talking about relations with Russia, not with his consent:

"Azerbaijan is our brother, and Turkey's support for Azerbaijan during the war is obvious. In my opinion, if it is in the interests of both countries to establish a base there, it should be done. The goal is to protect Armenia and Iran already. It has nothing to do with Russia. The base that Turkey will build in Azerbaijan will not target Russia, and Turkey does not need it.