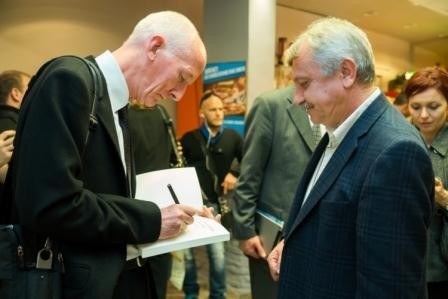 On 22nd February, the multi-award-winning independent documentary Endless Corridor – a US/Lithuanian co-production – was shown at the classic Ideal Cinema in Central Athens. The screening, organised within the Justice for Khojaly campaign by Azerbaijan’s embassy to Greece and The European Azerbaijan Society (TEAS), commemorated the victims of the Khojaly Massacre on 26 February 1992.

This was the worst single atrocity of the Armenia–Azerbaijan conflict over Nagorno-Karabakh and claimed the lives of 613 civilian victims in 1992. The death toll included 106 women, 63 children and 70 elderly people.

Following its international premiere, Endless Corridor received plaudits from critics across the world throughout 2015. It received awards for Best Documentary and Best Director of a Documentary at the Tenerife International Film Festival in Madrid; it was Best Documentary Editing at the Milano International Filmmakers Festival; and in the prestigious US-based Accolade Global Film Competition, it achieved two awards – Best of Show in May 2015 and in January 2016 the Outstanding Achievement Award in the Accolade Humanitarian Awards 2015. It has also been screened on the pan-European Eurochannel, CNN Turk and TV 24 (Turkey) channels, as well as Israel’s Channel 1. The evening concluded with the launch of the book Khojaly Witness of a War Crime: Armenia in the Dock.

Speaking before an audience of over 120, including politicians, VIPs and press representatives, H.E. Ambassador Rahman Mustafayev explained: “Over the years, Azerbaijan has been campaigning hard to sensitize the international community and inform of the truth about the events that led to the massacre of civilians in Khojaly, calling governments and national parliaments to proceed with a proper political and legal evaluation of this tragic event. To this end, the international campaign Justice for Khojaly was launched in May 2008 by Mrs Leyla Aliyeva, Vice-President, Heydar Aliyev Foundation, to reinforce the efforts for a broader recognition of the atrocity in Khojaly….The campaign has been implemented in over 30 countries, including Greece, with more than 100,000 people participating and more than 100 national groups and associations involved.

“I would like to seize the opportunity to urge you and through you the Greek people not to overlook the Justice for Khojaly international campaign. It is important that we all stay united against the evil ideology of national chauvinism…. Political condemnation of this horrific event is important not only in memory of the killed and brutally injured people of Azerbaijan. It is important for the world community in making sure that such tragedies are never allowed to happen again.”

Lithuanian director of Endless Corridor, Aleksandras Brokas was present to introduce it and described the origins of a film that follows the return of fellow Lithuanian journalist Richard Lapaitis and Russian journalist Victoria Ivleva to meet up again with two survivors of the massacre. He spoke of the fellow feeling between his country and Azerbaijan, both post-Soviet states. He was gratified by the reception given to the film, “The Greek capital Athens greeted us with a historical cinema theatre and an exclusive audience. This was my first time in the city of Gods and I have to say that it left an unforgettable impression, not only as a magnificent European cultural centre, but also for its well-educated and unique people. I was pleasantly surprised how the Greek nation could sympathise with others’ pain.”

Following the screening Ian Peart, TEAS and editor of Khojaly Witness of a War Crime; Armenia in the Dock described the purpose of the book: “It is the first independent publication about the Khojaly massacre to be published in English. It is intended to both humanize the people involved and to present objective information about what happened on that February night in 1992. So it includes interviews with survivors, first hand reports by foreign journalists who saw the bodies and survivors reach Aghdam, the views of foreign researchers, reports from international human rights organisations and previously unpublished pictures taken by international photographers on the scene.

“There are also the full texts of the four UN Security Council resolutions of 1993 that still lie on the table unimplemented, as Armenia’s occupation of Azerbaijani land continues. You have seen the film and the people who suffered, what can you do to help them?” he asked.

Despite the passing of four UN Security Council resolutions against the invasion, Armenia continues to occupy Nagorno-Karabakh and seven surrounding districts to this day. Currently nearly 20 per cent of Azerbaijani territory remains occupied, and nearly one million refugees and internally displaced persons (IDPs) remain spread across Azerbaijan. The evening was dedicated to the memory of the Khojaly victims and those Azerbaijanis who have only one wish – to return home.