The collapse of the USSR brought tragedy to 15 countries 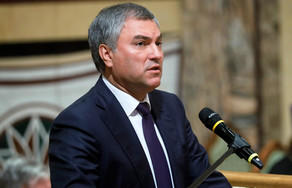 After the collapse of the USSR, the former Soviet elite, the United States and Europe won.

"The former Soviet elite has benefited economically and politically from the collapse of the USSR. The United States and Europe have eliminated a strong ideological rival by dividing it into separate countries, "Volodin said.

According to him, none of the 15 states benefited from the collapse of the USSR:

"Until now, each of them has faced the consequences of this tragedy. Economic and industrial ties have been severed, industrial potential has been lost.