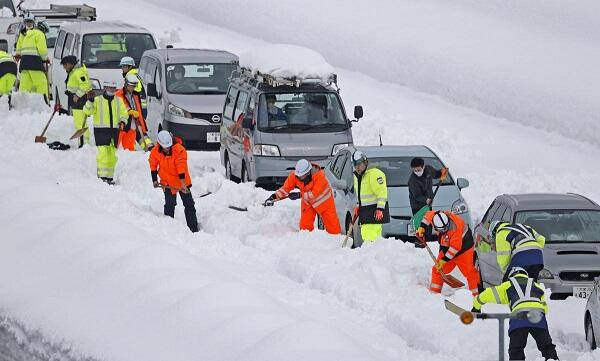 More than 100 domestic flights have been canceled due to heavy snow in Japan's coastal areas.

Axar.az reports that this was reported by NHK.

During the night, about 90 cm of snow fell in Niigata Prefecture and 40 cm in Hokkaido Prefecture in the northern prefecture. In some areas, wind speeds reached 35 meters per second. Officials have urged residents of coastal and neighboring prefectures not to leave their homes to freeze and avoid accidents.

It is reported that such weather conditions will continue until Tuesday. In addition, the cold air mass can move into the country.