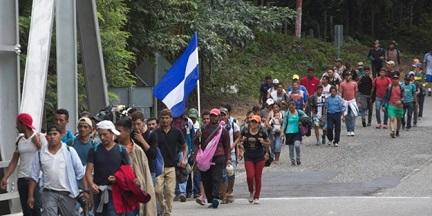 Some 600 migrants hoping to reach the United States set off in a caravan Saturday from the northern Honduran city of San Pedro Sula.

Axar.az reports that hundreds of young men, women, and children, most from Nicaragua, Honduras, and Cuba, had gathered overnight and early morning at the city's central bus station.

Shortly after dawn, they set out walking toward the Guatemalan border in hopes that traveling in a group would be safer or cheaper than trying to hire smugglers or trying on their own. A smaller second group soon joined.