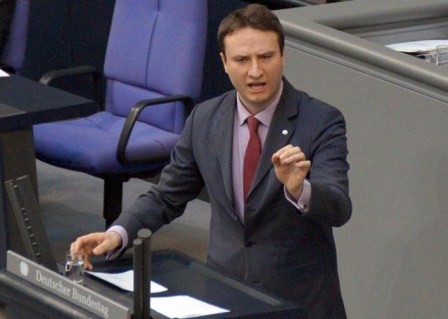 German Bundestag member Mark Hauptmann has urged the international community to exert pressure on Armenia to force it to return the occupied Azerbaijani lands.

In an article published by "Südthüringen Kurier" newspaper, the MP called on Armenia to remain committed to peaceful settlement of the Nagorno-Karabakh conflict. “In violation of international law Armenia does not withdraw its troops from Azerbaijan’s occupied Nagorno-Karabakh region although the OSCE and UN Security Council demanded this in their resolutions back in 1993.”

Hauptmann said that de-occupation of Azerbaijan`s territories was of crucial importance for the conflict resolution. “The frozening of the conflict is unacceptable,” he added.