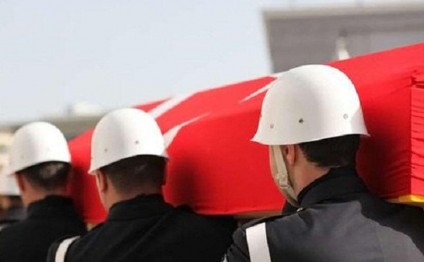 Two servicemen of the Turkish Armed Forces were killed.

Axar.az reports the statement came from the Turkish Interior Ministry.

Oguzhan Arduch and Turgut Ichen, who was wounded in an armed clash with terrorists in the "Eren Abluka-18" operation carried out by the Gendarmerie Command Regiment Command in Diyarbakir on June 22, were killed today. Another wounded are being treated.

We wish God's mercy to our martyrs, condolences to their families and relatives, and a speedy recovery to our wounded personnel.

We offer our condolences to our nation, " the statement said.

Additional forces have been deployed to neutralize the terrorists.