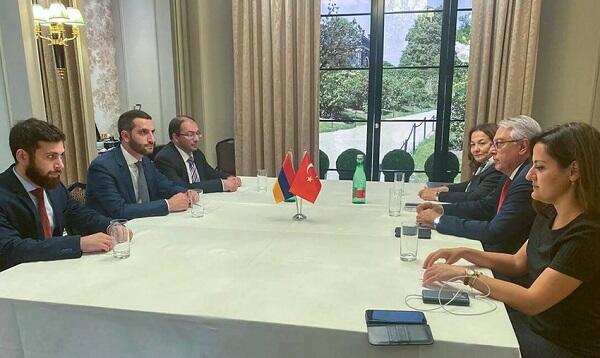 A meeting was held between the special representatives of Turkey and Armenia - Sardar Kılıç and Ruben Rubinyan - in Vienna, the capital of Austria.

Axar.az reports that the Ministry of Foreign Affairs of Turkey has released information about this.

It was reported that within the framework of the meeting, the parties agreed to open the land border between Turkey and Armenia as soon as possible for the citizens of third countries visiting the two countries, and it was decided to start the necessary process in this regard.

Also, an agreement was reached between the representatives that Turkey and Armenia will start air cargo transportation as soon as possible.

It should be noted that as a result of the fourth meeting held in Vienna, other possible concrete steps that can be taken to achieve full normalization between the two countries were discussed and a consensus was reached on continuing the normalization process without preconditions.

It should be noted that representatives have already met three times - on January 14 in Moscow, on February 24 and on May 3 in Vienna.