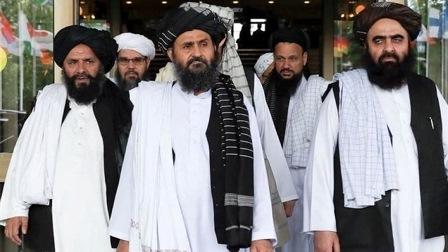 The Taliban's secretive leader, Mullah Haibatullah Akhundzada, has made his first visit to the Afghan capital Kabul, according to Taliban officials.

Axar.az reports that Mullah Haibatullah was said to have addressed a large gathering of around 3,000 religious scholars convened to discuss issues of "national unity".

No independent journalists have been allowed to attend the gathering, which has taken place amid tight security.

Audio of his speech was broadcast.

Though, no video or photographs of Mullah Haibatullah have been published.

Loud cheers could be heard as his presence was announced