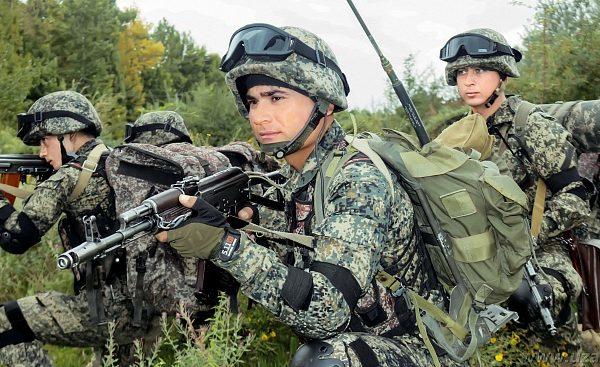 "Birlik-2022" joint exercises of the Uzbek and Tajik military have started in the city of Termez, Uzbekistan.

Axar.az reports that the Ministry of Defense of Uzbekistan released information about this.

Joint military exercises of Uzbekistan and Tajikistan "Birlik-2022" have started at the military training ground in Termez. Major General Zaynobiddin Iminov, Commander of the South-West Separate Military District of Uzbekistan, and Major General Egamzad Sharif Khudayberdi, Deputy Chief of the General Staff of the Armed Forces of Tajikistan, spoke at the opening ceremony of the exercises. It is planned that the sides will work on the techniques and methods of close combat, evacuation of the wounded and other military operations within the framework of the started exercises," the information said.