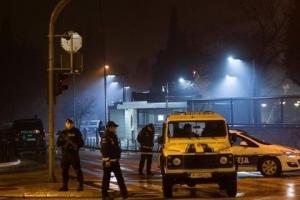 11 people died and six others were injured as a result of the shooting by an unknown person in the city of Cetinje, Montenegro.

It was noted that the 34-year-old criminal shot passers-by on the streets of the city and did not let an ambulance go to the injured. A policeman was wounded in the head.

According to information, the shooter was killed by the police.