We stayed overnight in a hiding place 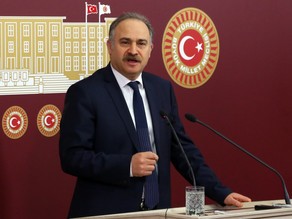 About a hundred deputies of the Turkish Grand National Assembly stayed overnight in the hiding place of the parliament building.

He noted that the MPs gathered for an emergency session of Parliament due to the situation: "However, we could not hold the meeting. They threw several bombs on the parliament buildings in a row. This is an unprecedented event in the history of the Turkish Grand National Assembly. Despite this, we keep discussing the situation with representatives of other parties."

Levent Gök said that he represents the Republican People's Party which has always supported democracy in the country: "Turkey can develop only in a democratic way. It has tough position against those who attempt to violate this principle."