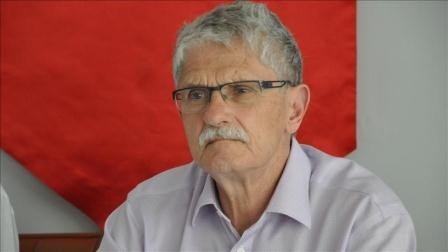 The president of the United Nations General Assembly has swiftly denounced Friday’s attempt to overthrow the Turkish government.

"I strongly condemn the attempt from groups in the armed forces to overthrow the government of Turkey and express my sincere condolences for the lives lost during the coup attempt," the UN’s Mogens Lykketoft said in a statement Saturday.


"The international community must fully support the democratically elected government and the rule of law in Turkey," he added.

A minority group within the Turkish military, controlling some military assets including helicopters and fighters jets, disregarded the chain of command Friday, and attempted to overthrow Turkey’s elected government on Friday, according to Prime Minister Binali Yildirim.

Around 160 people were martyred in the ensuing violence, while almost 3,000 military personnel involved in the attempt have been arrested.


Turkey accuses U.S.-based expatriate cleric Fetullah Gulen of being behind the coup and has called for him to return to Turkey to face trial.