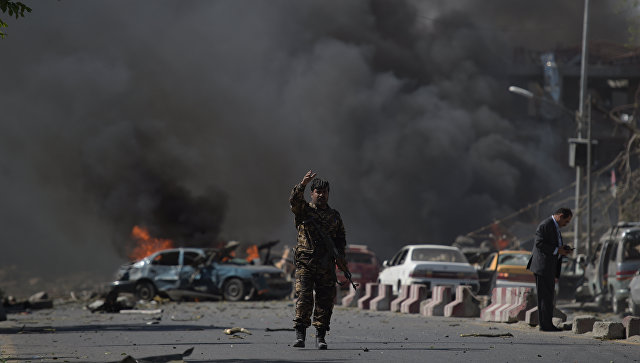 Seven people were killed and 41 others injured as a blast rocked the Wazir Mohammad Akbar Khan area of the Afghan capital on Friday.

"A car with explosives exploded in front of the Wazir Akbar Khan Mosque, and unfortunately our worshippers who were coming out of the mosque after performing Friday prayers were targeted," Zadran said on his Twitter account.