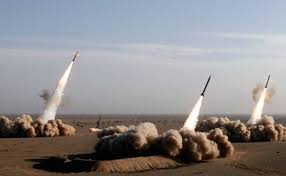 The Russian army fired rockets at a humanitarian convoy trying to leave Zaporizhzhia this morning.

Axar.az reports that this was reported by the head of Zaporizhzhia regional administration, Alexander Starukh.

"People were standing in line to go to the temporarily occupied territory, to pick up their loved ones, to bring aid," said Starukh.

According to preliminary information, 23 people were killed and 28 people were injured as a result of rocket attacks.