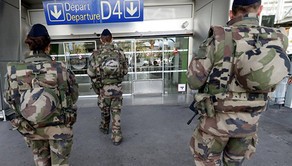 France's National Assembly has voted to extend the state of emergency for six months.

Acording to the RIA Novosti, he move follows last week's attack in Nice in which 84 people were killed and scores injured when a lorry was driven into crowds. The state of emergency was brought in after terror attacks in Paris in November that left 130 people dead. Prime Minister Manuel Valls said France must expect more deadly attacks despite precautions taken by his government. Speaking at the debate in the National Assembly, he said France would have to learn to live with the threat.

"Even if these words are hard to say, it's my duty to do so," he said.