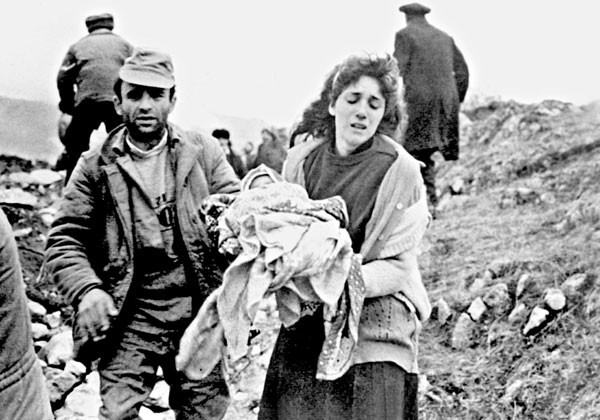 Axar.az presents Vladimir Romanovich Savalyev’s words who was a chief of Special Department of 366th Motor Rifle Regiment during the Khojaly massacre, Colonel of Main Intelligence Directorate of the Russian Federation published in the local press to the readers.

Savalyov describes the situation in Azerbaijan at that time in his 19-paged secret report to Kremlin and General Intelligence Directorate.

“After Ashin Simonyan’s arrival to Khankandi with his group of 26 people, Armenians could set their basis and strengthen it easily in 366th Regiment. They bribed in cash $36000 to the Colonel Zavigarov for getting acquaintance with him. According to the information, the commander of 23rd Division, Major-general Boris Budeykin accused the Colonel Zavigarov for this issue.

In fact, these problems are much more evident around 366th Regiment involved in the ethnic conflict. The issues as providing of military equipment and weapons to Armenians, support to Armenians joining to the military operations in massacre of Azerbaijanis, were of political importance. Colonel Zavigarov and other executives merged with Armenians in the direction of the operations of Khojaly under the official permission of Territorial Command and Army Command about to terminate battle of the points in direction of Khojaly town.