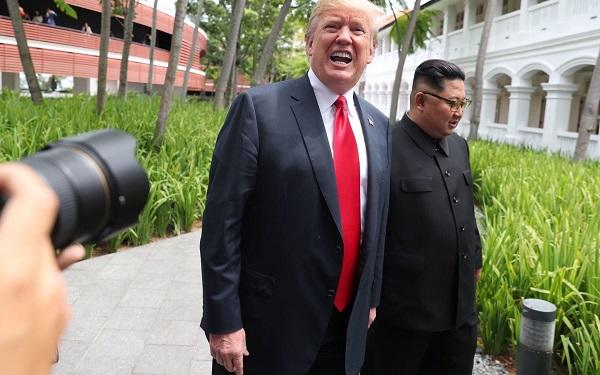 Former US President Donald Trump called North Korean leader Kim Jong-un "Little Rocket Man" during one of their meetings in 2017.

Axar.az reports that former US Secretary of State Mike Pompeo wrote this in his memoirs.

In 2017, during a discussion about North Korea's nuclear tests, he reportedly called Kim Jong-un "Little Rocket Man." Kim Jong-un also did not owe Trump and called him a "Crazy old man".

However, during a bilateral meeting held in Singapore on June 12, 2018, Trump told Kim that he "gave this nickname inspired by Elton John's song 'Rocketman.'

"Trump said it was a very good song and he said it as a compliment," Pompeo said.