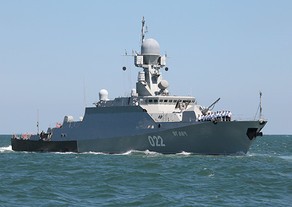 The crews of the ships of the Russian, Kazakhstan and Azerbaijani Navy have launched a navigator campaign in preparation for a competition "Sea Cup 2016".

Russian media reports that in preparation sailors studied navigation features of the equipment, areas for performing combat exercise and marine elements of the competitive program.

In the training complex "Caspian" on the premises, simulating ship compartments, sailors fulfill their actions to eliminate holes in the ship and pumping out the incoming sea water.

Crew training will last until July 29.