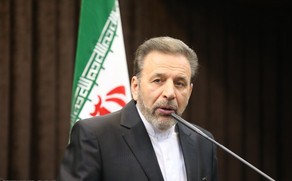 The meeting of the Russian and Iran Presidents in Baku will bring bilateral ties to a whole new level.

RIA Novosti reports that Co-chair of the Russian-Iranian Intergovernmental Commission on Trade Cooperation, Mahmoud Vaezi said at a meeting with the Russian Energy Minister Alexander Novak.

"The meeting of the leaders in Tehran in 2015 was the culmination of relations between Russia and Iran. The next meeting of Hassan Rouhani and Vladimir Putin in Baku will help propel them to the next level", said Vaezi.

Notably, trilateral meeting of the Presidents of Azerbaijan, Russia and Iran is expected to be held on August 8 in Baku.